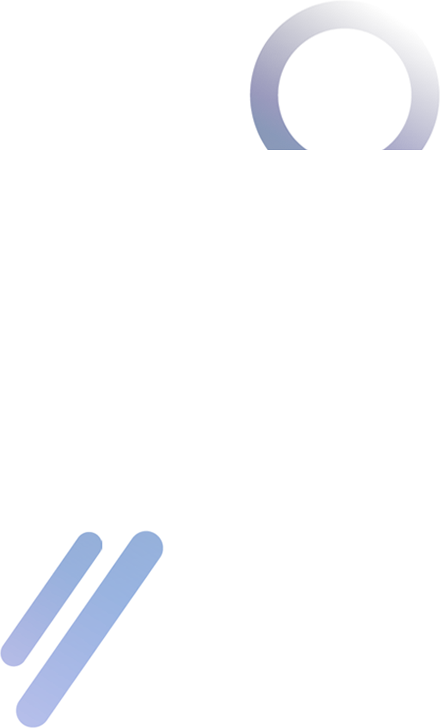 Electrosoft Services, Inc., in collaboration with Capitol Technology University, is hosting our “4th in the Series” of virtual, technology webinars on “The Ransomware and Malware Conundrum”.  As part of our ongoing series, this two-hour summit will showcase government and industry thought leaders with focus on the growing Ransomware and Malware menace. Through our distinguished keynote speaker and industry-government panel, attendees will receive valuable insights and solutions for creating a more resilient and secure network enterprise and framework against future ransomware and malware cyberattacks.

Electrosoft Services, Inc. – An award-winning government IT and professional services firm, Electrosoft delivers comprehensive technology-based solutions and services to federal civilian and DoD organizations, with a strong focus on cybersecurity. Founded on deep technical expertise, customer service excellence and quality that propels mission success, the company is celebrating its 20th anniversary in 2021!
www.electrosoft-inc.com Keynote- Chair, Cyber and Information Security, Director, Center for Cybersecurity Research and Analysis (CCRA)
Dr. Bill Butler is currently the Director of the Center for Cybersecurity Research and Analysis (CCRA) at Capitol Technology University. Prior to this appointment in 2013 Dr. Butler worked in the networking and IT industries as a network engineer and consultant for over 20 years. Dr. Butler also served as a joint qualified communications information systems officer in the U.S. Marine Corps and retired as a Colonel with 30 years of service (active and reserve). He is very active in various working groups such as the National Institute of Standards and Technology Cloud Computing Security Forum Working Group (NIST CCSFWG), Cloud Security Alliance (CSA) Big Data and Mobile Computing Working Group, and the National CyberWatch Center Curriculum Taskforce and the National Cybersecurity Student Association Advisory Board. Bill holds degrees from Brenau University, Marine Corps University, U.S. Army War College, National Defense University, University of Maryland and Capitol Technology University. Bill earned his DSc in Cybersecurity at Capitol in 2016 researching consumer countermeasures to illegal cellphone intercept.
Speakers & Panelists CISO. Director, Information Assurance Division – Department of Education
Steven Hernandez is an information assurance executive serving the past twenty years in a variety of contexts and missions. His rich background includes law enforcement, financial, education, healthcare, credentialing, heavy manufacturing, non-profits, and governments at the federal, state, and local levels.  Steven’s experience ranges from the board room to leading tactical, day-to-day security operations as well as guiding and leading broad security initiatives such as the US government's Zero Trust Architecture approach across large and complex organizations. Presently he is the Chief Information Security Officer and Director of Information Assurance Services at the U.S. Department of Education.  Steven also serves as the co-chair of the US Government Federal CISO Council and Government Chair of the ACT-IAC Cybersecurity Community of Interest. Prior to his position at Education, he held a variety of roles at the Office of Inspector General, US Department of Health and Human Services including CTO, CIO, CISO, Senior Official for Privacy and Chief Services Engineering Officer.  He is an inaugural member of the United States Scholarship of Service Hall of Fame and an ardent supporter of the next generation of cybersecurity professionals through his teaching work as an Honorary Professor, Affiliate Faculty and guest lecturer at over a dozen Institutions of higher education. CISO -Bureau of Engraving and Printing

CISO -Bureau of Engraving and Printing
Togai Andrews has over 17 years of IT & Cybersecurity leadership experience and a demonstrated history of managing complex IT projects, leading change, and process improvement. Prior to joining the Bureau of Engraving & Printing as the Chief Information Security Officer (CISO), he served as the CISO for the Federal Emergency Management Agency where he managed all facets of the Agency’s cybersecurity program. Togai rebuilt FEMA’s cybersecurity program and improved its performance metrics by 55 percent while reducing overall costs by $4 million. He honorably served as a US Marine with a tour of duty in Iraq, Afghanistan, the Horn of Africa, and Eastern Europe. Togai holds a Master’s Degree in Computer Science from the George Washington University and a Bachelor’s Degree in Computer Science from the University of California, San Diego.
Speakers & Panelists Founder and Chief Architect- NetSecurity Corporation
Inno Eroraha is the Founder and Chief Architect of NetSecurity® Corporation, a computer forensics, and cybersecurity company.  Mr. Eroraha is the inventor of an endpoint threat detection, prevention, response, analytics, intelligence, forensics, and hunting product that stops data breaches.  Prior to NetSecurity, Mr. Eroaha was a senior manager at VeriSign, Inc., where he developed a network threat detection and response technology, which was not commercialized.  As a Principal Security Engineer at Marine Corps Network and Security Center (now part of MARFORCYBER), he led cyber and threat operations teams charged with defending, responding to, and hunting malicious activities launched by nation-state adversaries.  Mr. Eroraha has presented at numerous industry events. Co-Founder, CEO - CyberMyte, LLC
Yvonne D Rivera is the Co-Founder and Chief Executive Officer (CEO) of CyberMyte, LLC a Cybersecurity Startup Company that has created the first-ever Security Cloud. She joined the United States Army at the age of 17, deployed to Iraq and Afghanistan during Operation Enduring Freedom and Operation Iraqi Freedom. During her eight years in the Army, she held the position of system engineer, data center manager, and information assurance officer. After her eight years, she transitioned into a government civilian role where she worked as the Information System Security Officer at the medical hospital at Fort Campbell, KY. During her time there she enacted the Security Program and created secured processes for critical assets within the infrastructure. After five years as a government civilian, Yvonne became a federal contractor holding roles in many programs as the information system security officer. It was during this time, that she realized the gap in security and decided to create her own cybersecurity consulting firm. As a consultant, she saw the struggle of many federal small businesses trying to get into the government market but were held back by security requirements that they did not understand. It was then that Yvonne decided to build her own cloud, that would allow small businesses to bring their innovative products into the government. Yvonne is CISSP-ISSEP, CISM, and Security + certified, she holds a degree from Devry University in Networking and Communications Management and has since started her Master of Cybersecurity at Florida Tech University. Senior SOC Engineer - Electrosoft Services, Inc.
In his current role at Electrosoft Services, Inc., Mychael is Team Lead for Security Operation Center (SOC) as Lead Cyber Engineer handling risk, the organization’s security posture, continuous monitoring, and threat protection. Prior to that, he worked for CapitalOne and CareFirst BCBS and held various security positions ranging from a cyber engineer, lead security specialist, and senior network engineer. In 2000 working for Gateway, Mychael decided to move to Washington, DC in search of new professional challenges. Since then, he has focused his career on system engineering with the MSCE +I, network design with CCDA, and now compliance, forensics, and security tasks with a deep hands-on understanding in Linux/Unix and Windows operating systems (OS)s. He even has a small collection of labs running Kubernetes (k8) orchestrated containers testing different cloud service providers such as AWS, Azure, GCP and various OSs with CEH testing tools. Now he is working toward ISC2’s Certified Cloud System Professional certification. Mychael a native of Virginian holds a B.S. Degree in Computer Science from Hampton University, Hampton Roads, Virginia. CEO, Electrosoft Services, Inc.
Dr. Sarbari Gupta is the Founder and CEO of Electrosoft, a provider of technology-based services and solutions with a special focus on cybersecurity. Dr. Gupta has been active in the information security industry for over twenty-five years specializing in cybersecurity, digital identity and access management and cloud security. She holds PhD, MS and B.Tech degrees in Electrical Engineering and CISSP and CISA certifications. Dr. Gupta is a frequent speaker at industry conferences on cybersecurity topics and has authored over forty technical papers/presentations on leading edge topics and holds four patents in areas of cryptography. She has co-authored several NIST Special Publications in the areas of Electronic Authentication, Security Configuration Management, and Mobile Credentials. President - Capitol Technology University
Dr. Bradford L. Sims became Capitol Technology University's eighth president on June 1, 2017. An educator, administrator and construction project manager, Dr. Sims has extensive experience both in academia and industry. Prior to his appointment as Capitol's president, Dr. Sims was Interim Chancellor and Chief Academic Officer at Embry-Riddle Aeronautical University’s Worldwide Campus, based in Daytona Beach, FL. In his role as Chancellor, Dr. Sims had responsibility for administrative and fiscal oversight of a complex, global academic institution encompassing 130 locations worldwide and serving 22,000 students annually. As Chief Academic Officer, Dr. Sims held primary responsibility for the academic performance of the Worldwide campus. He led and managed academic affairs at the campus, spearheaded scholarly and research activities, and led the expansion of over 20 new degree programs. Before moving to Embry-Riddle, Dr. Sims was dean and professor at Indiana State University. As dean of the College of Technology, he was responsible for oversight of degree programs, human and fiscal resources, strategic planning, external funding and faculty programs. He boosted enrollment at the College of Technology by 75% and increased the number of international students. He also raised alumni participation and built a social media presence for the college, establishing its first Facebook and LinkedIn pages. From 2002 through 2009, Dr. Sims was professor and department head at Western Carolina University, where he founded the construction management program. Under his direction, the undergraduate degree program grew from zero to 400 majors over a five-year span, while an online master's program in the field was successfully established in collaboration with the College of Business. Dr. Sims first launched his academic career as an assistant professor at the University of Florida, serving also as a consultant in lean construction to industry. Prior to transitioning to academia, Dr. Sims built a successful career in the industrial construction industry, He was a project controls supervisor for Cherne Contracting in California, a cost engineer for Badger Engineers, a subsidiary of Raytheon Engineering, in Massachusetts and started his career as a project controls engineer with the Westinghouse Savannah River Corporation in South Carolina. Dr. Sims earned a Ph.D. in Curriculum and Instruction in 1999 from Purdue University, which is also his undergraduate alma mater; he received his B.S. in Building Construction Management there in 1990. He also holds a master's of science degree in Building Construction from the University of Florida. He is a member of the Sigma Lambda Chi International Construction Honor Society and the American Institute of Contractors, among many other honors and professional affiliations.
Panel Session Moderator - Founder & CEO - Dots and Bridges, LLC
Pete Tseronis is the Founder and President of Dots and Bridges. Dots and Bridges serves as a unique nexus for “Connecting Dots and Building Bridges to engender thought-provoking dialogue addressing how Technology, Humanity, and Culture intersect” And our <a href="https://bit.ly/3gxhNLK">YouTube channel</a> seeks to humanize the thought-leading individuals that embody passion and purpose to serve a “greater good. Prior to Dots and Bridges, Pete worked inside the U.S. Federal Government for 25 years, kicking off my career at the Pentagon and finishing as a <a href="https://bit.ly/2XQgAXp">Senior Executive Service</a> member. Pete served four Presidential Administrations, three Cabinet Agencies, the Executive Office of the President, and was appointed Chief Technology Officer at the U.S. Department of Energy and the U.S. Department of Education. An accomplished entrepreneur, business executive, and technology strategist with 30+ years leading public, private, and non-profit entities, Pete maintains a fervor for working in partnership with Government, Industry, Investor, and Academia ecosystems to unearth inventive solutions, accelerate sustainable adoption, and streamline private-sector commercialization. Pete’s appointment as the <a href="http://bit.ly/2HWgxSE">Utility Supercluster Chairperson</a> affirms a dedication to the establishment and demonstration of replicable, scalable, and sustainable models for incubation and deployment of interoperable, secure, standards-based solutions intended to modernize digital, physical, and social infrastructure and, thus, make delivery and use of public, private and hybrid services more efficient, cost-effective and socially beneficial. Pete received his B.A. in Communications from Villanova University and earned his M.S. in Information and Telecommunication Systems from Johns Hopkins University.
Support